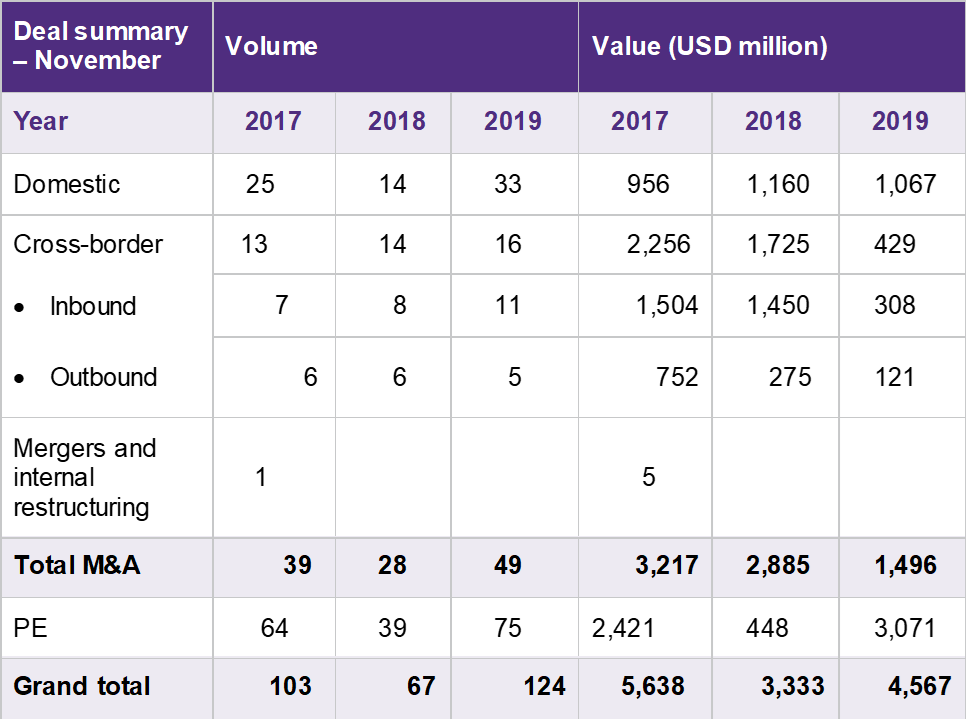 While the question of ‘recession or no recession’ continued to be debated, November 2019 reported 124 transactions aggregating to USD 4.5 billion. The gap caused by the shortfall in M&A transactions was filled in by enthusiastic and opportune PE/VC players, resulting in overall growth of 85% in deal volumes and 37% growth in deal values as compared to November 2018.

M&A deal volumes in both domestic and cross-border categories exceeded the November 2018 levels. However, the absence of large ticket transactions dragged down the deal values in November 2019. Key transactions during the month were primarily focused on expanding market reach through geographical expansion, divestment of non-core business and resolution of IBC cases and technology acquisition through start-ups. NCLT approval for Patanjali Ayurved’s bid (USD 613 million) for Ruchi Soya was the largest transaction of the month. 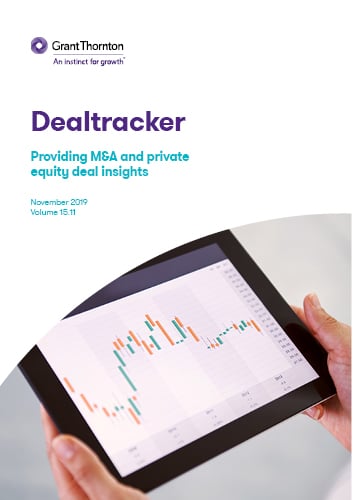