2022 started with quite a bit of uncertainty due to the Omicron outbreak, which resulted in the third wave of COVID-19 in India, followed by the Russia-Ukraine situation, which continues to roil the financial markets, as there could be serious implications for the global economy. Amid this, India Inc. saw 190 deals being executed in February 2022 valued at USD 4.5 billion. This translated to 27% and 62% growth in terms of volumes and values, respectively, compared to same period last year. February 2022 witnessed a 21% decline in volumes and 13% decline in values, as compared to January 2022. 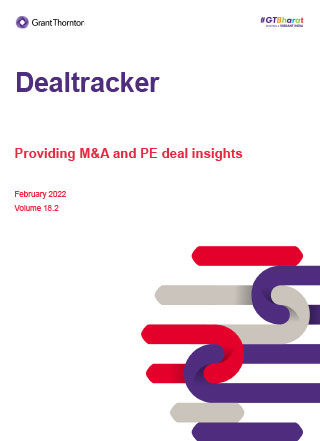