We entered 2022 in a cloud of uncertainty due to the emergence of the new Omicron variant and related questions surrounding the global and domestic economic growth. Amid this, India Inc saw the second highest number of monthly deals being executed in January 2022 at 242 deals valuing USD 5.1 billion. This translated to a 100% growth in the deal volumes and 17% increase in the deal values, with no signs of slowing down. January 2022 saw 12 high-value deals valued at and above USD 100 million each, contributing to 52% of deal values for the month. 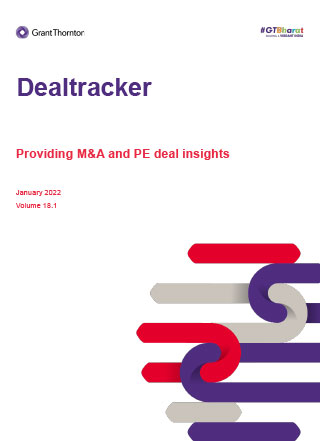