This Union Budget lays down the roadmap for India to become a USD 5 trillion economy over the next five years. Some of the key features of the Union Budget are:

The government has made a budgetary allocation of INR 70,000 crore for further investment in the public sector banks to boost credit for a strong impetus to the economy. Measures to promote investments in NBFC have also been announced.

Promoting use of electric vehicles

The government has announced several measures in the Income-tax Act to promote the use of digital mode of payments. 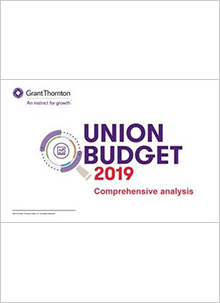