We are pleased to present the 14th annual Dealtracker, which captures the deal activities in India during 2018. 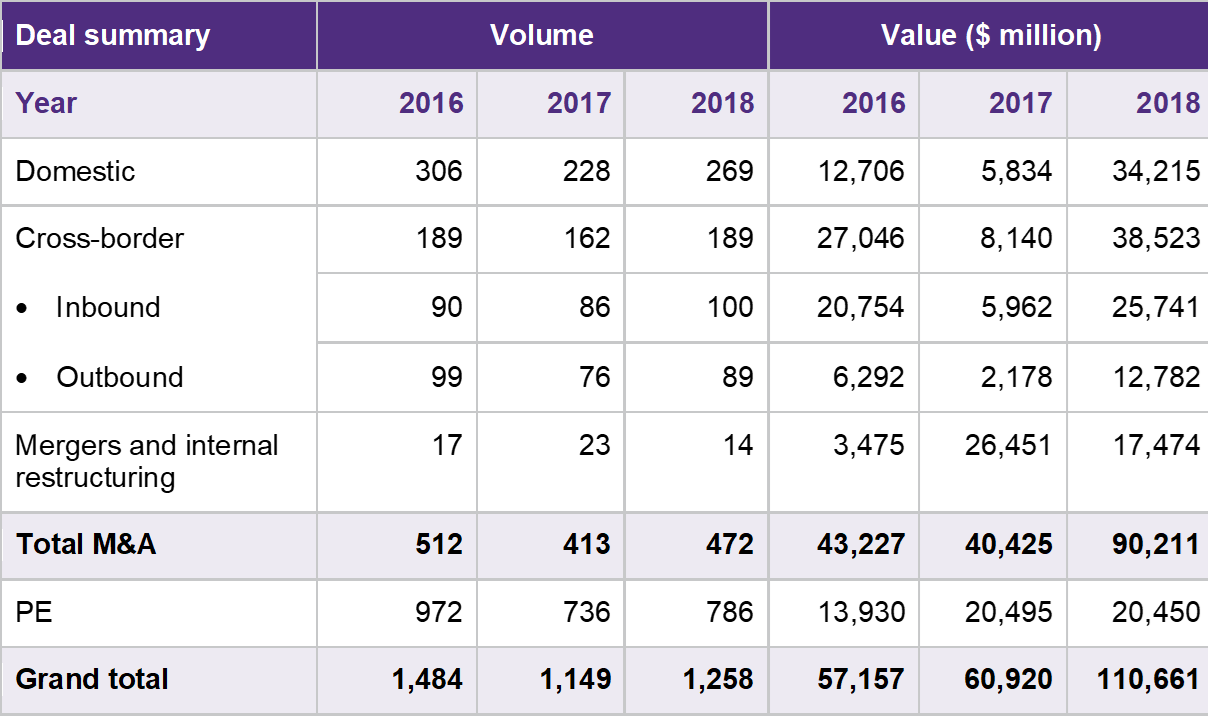 The year 2018 has been record-breaking for deal activities in India, surpassing all previous records by crossing the $100 billion mark in terms of deal values across both private equity (PE) and M&A transactions. Deal values in the previous year reached over $110 billion for 1,250 transactions. The year also recorded the highest deals in the billion-dollar category with 18 deals clocking at $72.5 billion. The ongoing capital market and regulatory reforms, constant amendments to reforms like the Goods and Services Tax (GST), Real Estate Regulatory Authority (RERA), Insolvency and Bankruptcy Code (IBC), and efforts to improve ease of doing business in the country are signs of increasing depth and maturity, making the Indian market more attractive.

The M&A transactions involving Indian companies reached $90 billion in 2018, making it a landmark year for M&A transactions in India. The surge in the deal activities was mainly driven to consolidate by expanding the market share, buy technology and diversify market presence. Although PE activities saw a tepid start last year, investors’ confidence in India was evident from the $20 billion invested across the year. The PE landscape entered a phase backed by a steady stream of investments and mounting levels of dry powder. The year also witnessed an increasing focus of global sovereign pension funds and conglomerates in Indian assets, particularly in the consumer and infrastructure space.

Outlook: The recent uncertainty around trade and Brexit do provide some headwinds, but with one of the fastest growing economies in the world, the Indian landscape will continue to remain strong for transactions and investments. Despite some caution and restraint in the near term, considering various macroeconomic variables at play such as the 2019 general elections, or any worsening of fiscal conditions due to exchange rate volatility and rising crude oil prices, India’s deal outlook for 2019 looks promising due to an increasing interest among the global business community to get a share of the large consumer base in India. In addition to the traditional M&A drivers like consolidation and market penetration, deal activity will also be triggered by pressures like technological innovation and digitisation, as companies will be compelled to proactively acquire capabilities that provide a competitive edge. 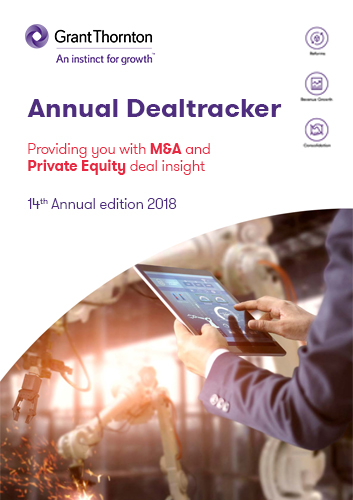