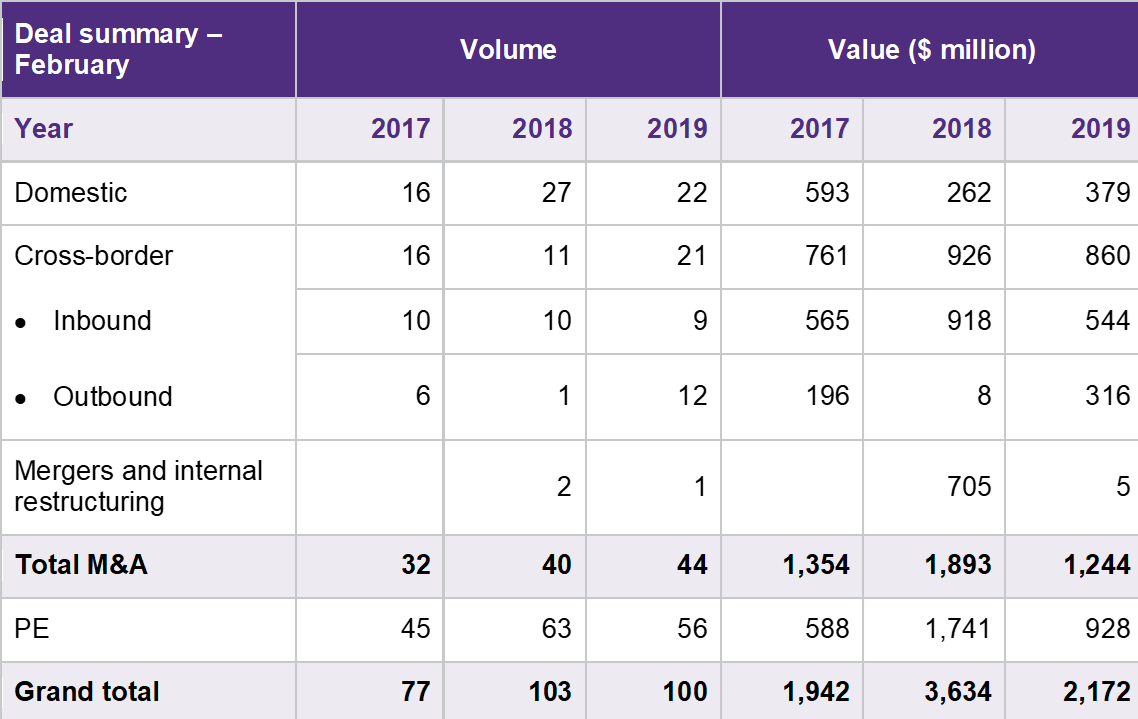 The deal landscape continued to be slow in February 2019 due to the absence of large ticket transactions. The aggregate deal count and values for the month, though lower compared to the same period in 2018, were higher as compared to February 2017 and January 2019, which indicates increased appetite of the economy for deals even during slower times.

PE/VC deals witnessed lower activity across sectors in February 2019 as compared to February 2018. PE investments for the month were fairly diversified across banking and financial services, real estate, start-ups, e-commerce and infrastructure companies; however, in volume terms, start-ups continued to lead the pack. Lower activity across sectors is a signpost for cautious approach by the PE/VC fraternity.

Sector focus: Pharma, healthcare and biotech, and IT and ITES sectors may likely lead the M&A league tables, whereas banking and financial services, real estate and energy and natural resources sectors are expected to be sectors of focus for PE/VC investments. Transactions in the e-commerce sector will be negatively impacted by the revised e-commerce policy announced by the government.

Outlook: The shortening of the run-up period to the national elections will only deepen the wait and watch approach in the deal environment in the short term. Much is expected post the results of the general elections. 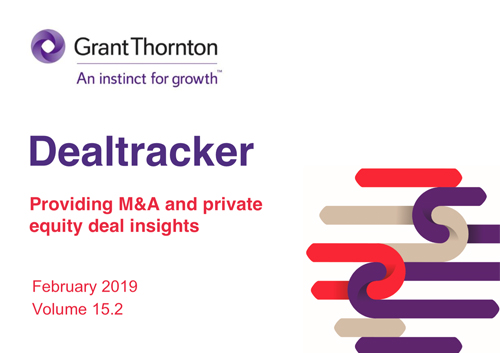