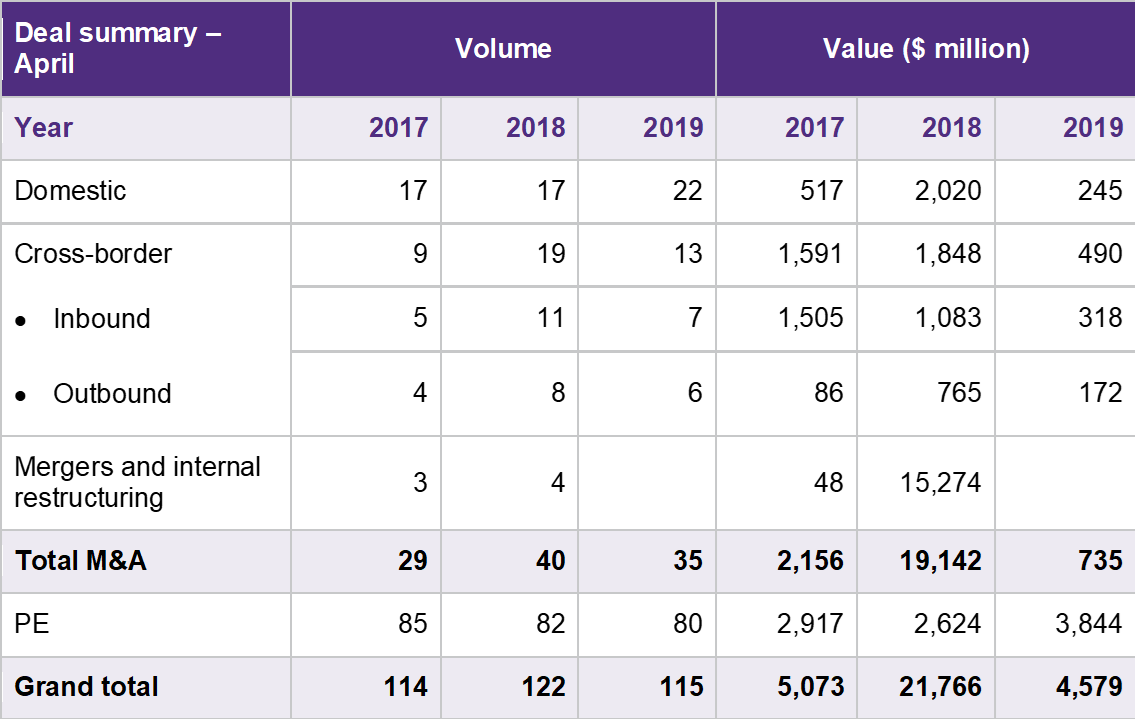 As anticipated, the deal turnout remained suppressed in April 2019. About 35 mergers and acquisitions (M&A) transactions and 80 private equity/venture capital (PE/VC) transactions aggregating to $0.7 billion and $3.8 billion, respectively, were reported in April 2019. Compared to overall deal statistics of April 2018, deal values shrunk by 79% and deal volumes reduced by 6%. However, excluding the $14.6 billion Bharti Infratel-Indus Tower transaction in April 2018, the shortfall in overall values will be about 36%, and 10% as compared to April 2017. Deal volumes witnessed marginal fluctuations.

Despite muted volumes, large ticket PE/VC transactions partially offset the shortfall in overall deal values. A $1.1 billion investment by Tata Group, GIC and SSG Capital Management was the major contributor to the 46% growth in PE/VC transaction values as compared to April 2018. Investments to acquire controlling stake continued to be the theme in key transactions.

Sector focus: Transactions in IT and ITES, and retail and consumer sectors were the key value drivers in M&A. Similarly, infrastructure management, retail and consumer, and banking and financial services were the key drivers for PE/VC transactions. Considering the transactions in the pipeline, energy and natural resources, and media and entertainment sectors, along with the aforesaid sectors are expected to make an impact.

Outlook: Considering May being the month of election results, the uncertainty in the deal landscape is expected to fade away soon. However, transactions to pare debt, closure of IBC-related transactions and transactions in pipeline indicate a silver lining for the rest of the year. 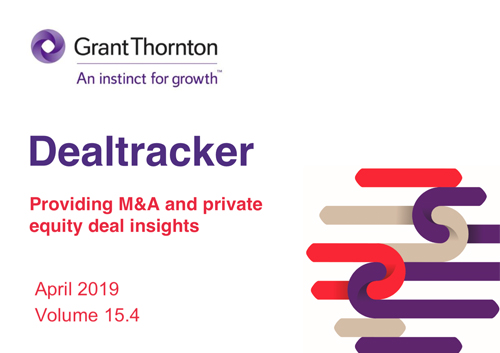