The Government of India and some state governments have woken up to the potential of startups to create significant value, employment and India specific solutions. The governments are now looking at reforming the regulatory system.

The Startup India Action Plan was the first step in doing so. Karnataka had announced a startup policy earlier and other governments such as Rajasthan are also working on or have already announced policies for startups.

The key driver behind these is the two-pronged strategy: It encourages entrepreneurship and also removes operating hurdles which are unnecessary and add to the costs and proves to be an impediment for startups. The other benefit is that the approach stems the exodus of startups which are Indian but re-domicile to other favourable jurisdictions. This I call as intellectual property drain.

The regulatory environment in India has undergone a lot of reforms since liberalisation at the macro level. But at the operating level it is still suffering from myriads of rules and laws. Some of these regulatory procedures are archaic and take the energy away from the business of creating value. A lot of this stems from our past stance of socialism, suspicion of business and equally important the tendency of some to take advantage of these rules against the spirit of legislation.

The notion among the lawmakers that someone will misuse the liberalisation leads them to create more stringent rules and norms that become hurdles. This is also driven by the lack of punishment. Just as an example, a couple of Chinese companies who ran Ponzi schemes were caught and the promoters were hanged to death. I am not advocating capital punishment but in India we rarely see any punishment and hence there is not much deterrence and bureaucrats create rules.

The other is the push by investors to relocate the companies out of India due to the regulatory environment, lack of ease of doing business, unpredictability of the tax regime etc. This is taking away a lot of our successful startups outside India. We are presently at a situation where a startup begins in India and if it starts creating significant value, (which is usually between 20-25 percent of the startups only and the rest fail or unable to scale) there is pressure and most of them then relocate outside India. We are going to be left with the 75 percent in India. Most of the value creating startups will end up outside India.

Fortunately, the Government of India, Reserve Bank of India (RBI) and Securities and Exchange Board of India (SEBI) have realised the potential and the pain areas relating to many of these and are working to resolve the issues. All three have announced measures relating to startups, thanks to the engagement or organisations such as ispirit (I have been a part of this personally) that are meant to educate them on the issues and potential, and nature the startups. The process is underway. However, much more needs to be done and we are confident that these would come in the weeks and months to follow. I hope that these measures will be used in the right spirit and people will use it in the spirit in which it was created and not misuse them. This would propel further simplification, rationalisation and other incentives from the Government. 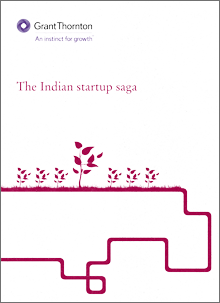