Private Equity in the corporate landscape

We are pleased to present the third edition of the “Fourth Wheel”, a publication on PE in India along with IVCA who have been our partners in this endeavor from the beginning. This report aims to set out the key emerging trends in the Indian PE industry deal data based on Grant Thornton’s Dealtracker report, and views from experts across leading PE/VC funds and entrepreneurs.

I would like to restate the logic behind using the title “Fourth Wheel” for those of you who are first time readers. The Indian corporate landscape had been dominated by 3 different types of companies for a long period of time; the public sector, the private sector and multinationals, over the past decade-and-a-half. Now, however, we are seeing the emergence of the fourth variety, which is companies owned/supported by PE, we call this segment the “Fourth Wheel.” For the sake of clarity, we have used the word PE to include all institutional investors whether they are VC or PE, buyout, distress etc.

As we stand in 2015, we have seen PE investments are nearly at $100 billion over the past 15-20 years. Our own Dealtracker, which was launched in 2005 has covered about $ 90 Billion of PE investments. PE investment in India is growing steadily and stood at over US$12bn seen in 2014 alone. Presuming that they own an average of 25% of the companies they have invested in, and there is no appreciation or depreciation in the value, the value of the companies invested by PEs can be estimated at US$ 400bn.This is about 24% of the total market capitalisation of BSE as compared to 15% when we first launched the Fourth Wheel. Hence the “Fourth Wheel” can justifiably be a separate category within India Inc. and the size of the fourth wheel is clearly increasing.

Earlier we had funds which were focused on providing only growth capital. Today, we have funds at all stages of the lifecycle be it seed, venture, growth, buyout or distress. Moreover, PE investors have developed sector focuses and are increasingly playing key roles in the investee companies’ strategic decisions be it revamp of top management or hiring talent, inorganic growth plans (domestic and crossborder), providing product or market related insights etc. Hence, young and early stage companies are keen to have such sector focused PEs on their board to enhance their position and perception in the industry.

Today dynamic companies seek PEs not just for capital but the significant value addition they bring in to the business and their ability to drive growth and value. PEs have also been a critical part of creating the new age and first generation entrepreneurs and enabled them to unleash their energies in creating and scaling businesses rapidly and generating value for themselves and the investors and obviously helping the economy. PEs are in the forefront of creating new businesses particularly in the tech and e-commerce space which is making some fundamental changes in the way business and economy function.

Having highlighted the increased interest from PE investors in the India growth story, it is important to note that we are stepping into a crucial year in terms of exits for the investments made thus far. While there have been good examples of successful exits in the past year despite the lacklustre IPO market, a majority still awaits an exit. This is possible only when companies are able to fundamentally improve business and operational metrics and there by open up attractive routes for secondary sale or IPO. For this to happen, we hope to see changes on several fronts to materialise. I have highlighted these earlier too, and would not mind reiterating them:

We are extremely positive about the industry and the role it has played and will play in the growth of the Indian economy. We are also optimistic about the future of investing in India and the growth potential of Indian companies and are sure the industry will see its returns growing in the coming years with the positive economic sentiment that prevails in India today. 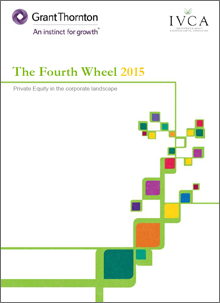