August 2021 has been an action-packed month for deal activities. India Inc witnessed 219 deals aggregating to USD 8.4 billion. The values have doubled compared to August 2020; transaction values have been reported to be up by 5.8x times driven by over 13x increase in private equity investments.

Tech continued to be the key sector of the month followed by education, pharma and energy sectors. The bulk of the deals were in IT solutions, data analytics, cleantech, pharmaceuticals, e-commerce, consumer retail, digital healthcare, fin-tech and ed-tech companies, whose products and services have seen strong demand during the pandemic.

Key Highlights of the publication 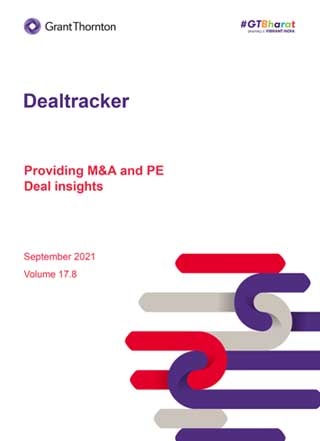