Deal activity continued to be primarily in the technology sector including start-up and e-commerce sectors. Better health of the banking system and supportive policy measures saw active deal-making in the financial sector, whereas resumption of economic activities and demand recovery benefitted consumer and retail sectors.” The absence of big-ticket transactions, partly due to non-disclosure of deal values in the majority of M&A transactions (74% of deals) could be the reason for lower deal values," said Shanthi Vijetha, Partner, Grant Thornton Bharat. 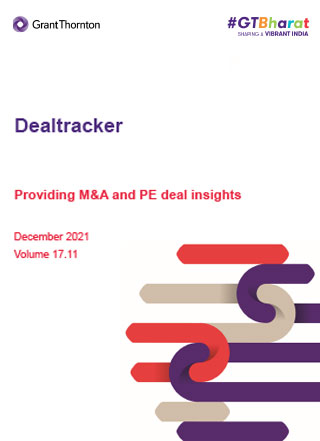