Indian companies remain enthusiastic about the UK as an investment destination, with around 800 Indian companies now operating in the UK, employing nearly 105,000 people.

Their contribution to the UK economy is significant, with combined revenues of £46.4 billion, operating profits of £2.25 billion and a combined corporation tax contribution of £360 million in 2017.

In addition, total capital expenditure by these companies has shown positive growth, up from £4.25 billion in 2017 to £4.69 billion this year. Encouragingly, the investments are diverse, illustrating their continued long-term commitment to the UK economy.

The fifth edition of the India meets Britain Tracker report, developed in collaboration with the Confederation of Indian Industry, identifies the fastest-growing Indian companies in the UK, as well as the top Indian employers. It provides insight into the evolving scale, business activities, locations and performance of Indian-owned companies making the biggest impact in the UK.

We monitored Indian businesses operating in the UK with an annual revenue growth of 10% or more and found that the 87 fastest growing companies (up from 55 in 2017) achieved an average annual growth rate of 44%1. Companies from the technology and telecommunications, as well as the pharmaceuticals and chemicals sectors, have always featured strongly in the India Tracker. This year they make up 20% and 16% of the list respectively. With 14 new entrants, the engineering and manufacturing sector makes it to joint second in the list, for the first time. 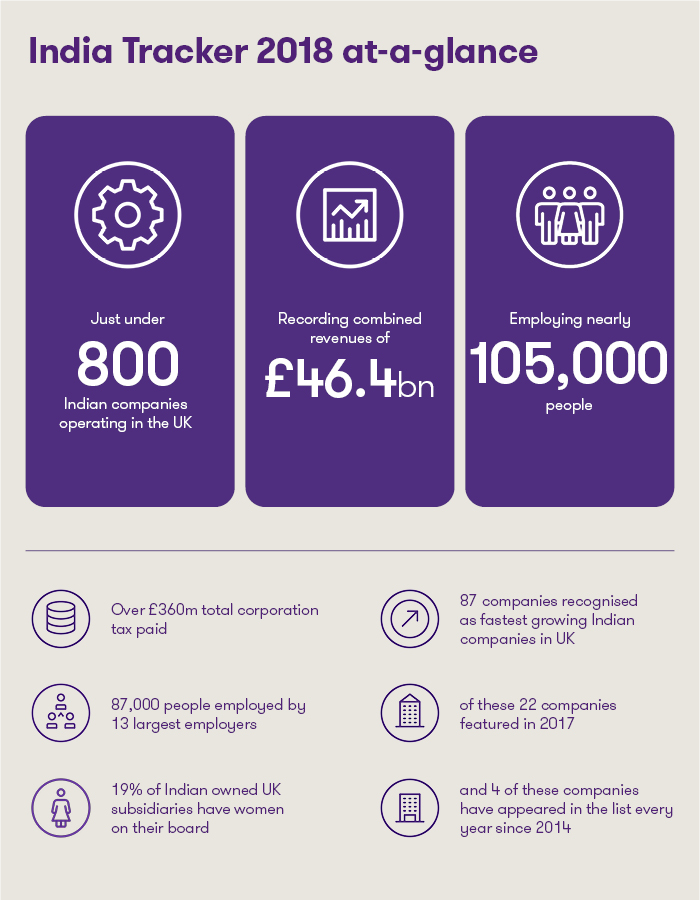 1. This figure excludes three outliers, each with annual turnover growth of more than 500% 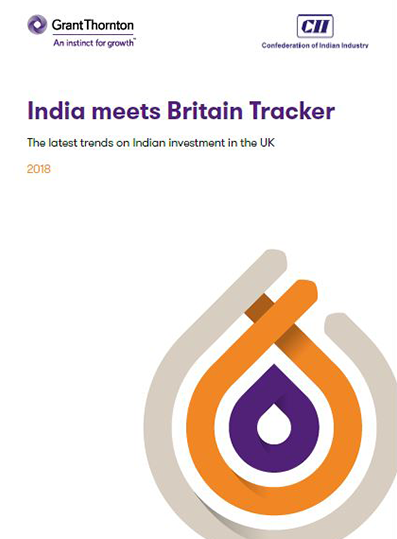