H1 2021 registered 856 transactions aggregating to USD 43 billion. This translated to a significant 42% growth in the deal volumes and a 20% increase in the deal values compared to H1 2020. The impact of the second wave was witnessed to be different from the first wave as the intensity of restrictions was lower and overall businesses adapted much better to the situation in light of the experience from the first wave.

Both mergers and acquisitions (M&A) and private equity (PE) transactions witnessed an increase in both deal volumes and aggregate values during the year compared with H1 2020. So, deal activity remained optimistic on the back of the expected revival in corporate earnings, high liquidity and lower rates and supportive global sentiment. 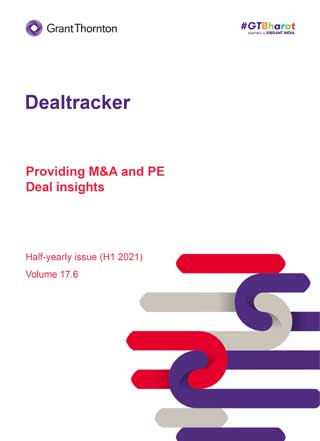