The government implemented the Goods and Services Tax (GST) on 1 July 2017 to mitigate the cascading effect of Indirect Taxes and put a simplified tax system in place with free flow of input credits. The role of the GST Council and the Central Board of Indirect Taxes and Customs has been remarkable during the course of these three years to gradually move towards achieving the aim of ‘one nation one tax’.

Being a new regime, the GST has undergone several amendments along with clarifications and notifications over time. Further, several court orders, rulings of Authority for Advance Rulings (AARs) and Appellate AARs, and orders of the National Anti-Profiteering Authority have also contributed to the evolution of this tax regime.

Our GST Compendium is an attempt to help our readers keep pace with the recent changes in the GST arena.

We hope you will find it informative and useful. 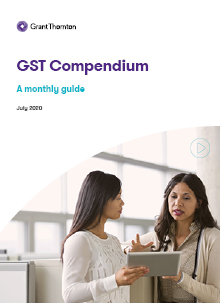