Transportation sector forms a key component of the Indian economy. Over the last few decades, there has been an increased impetus on infrastructure development in India. Today, the country boasts a vast and well-developed network of roads, railways, coastal shipping, and inland waterways. However, the railroad mix with regards to freight movement has developed rather disproportionately in India. The road network in India has failed to install capacity and respond to the growing market needs.

Over the last six decades, growth in freight traffic has been broadly consistent with the GDP growth rate, while the passenger traffic has been much greater. It is expected that with increased regulatory challenges globally, rising incomes and greater demand for goods, the growth of freight traffic may be higher than the passenger traffic over the upcoming decades. The freight traffic is expected to increase from around 2,000 billion tonne kilometre in 2011-12 to 10,500 billion tonne kilometre by 2032.

Further, movement of cargo by rail and road accounts for more than 90% of the total freight moved across the country, which puts a lot of pressure on the country‟s existing infrastructure. At present, the traffic is mostly concentrated across seven major corridors of the country, which means that the infrastructure, particularly the road and rail networks in these regions are constantly under stress for upgrading and expanding their capacities.

Higher costs, lower profitability and lack of technology are some of the main reasons for the slump in rankings of India on the World Bank‟s logistics performance index. 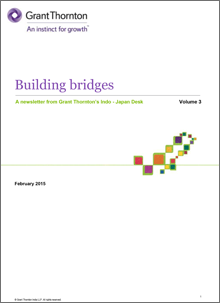