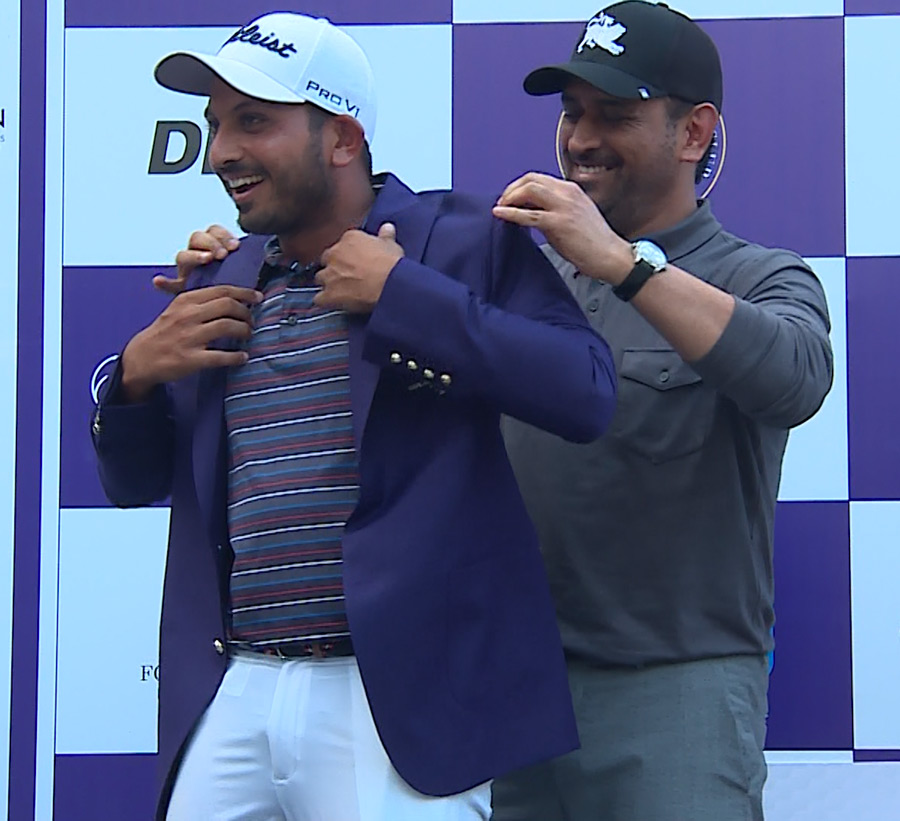 Kapil Dev - Grant Thornton Invitational 2022 - Winner
Gurugram, September 30, 2022: Varun Parikh of Ahmedabad clinched his maiden title with a dominating display on the final day of the Rs. 1 crore Kapil Dev – Grant Thornton Invitational 2022 presented by DLF. Varun’s determined last round effort of five-under 67 handed him an impressive five-shot victory at the DLF Golf & Country Club as his total read 11-under 277.

The 24-year-old Parikh (73-70-67-67), who won the PGTI’s Qualifying School earlier this year and posted a career-best third place finish on the PGTI last month, thus continued his hot form this season. Varun’s triumph earned him a prize money cheque worth Rs. 15,00,000 that lifted him from 28th to fourth position in the PGTI Order of Merit.

Gurugram-based Manu Gandas (74-66-73-69), playing at his home course, took second place at six-under 282 after a final round of 69. He thus moved up from third to second place in the PGTI’s merit list.

Varun Parikh made a nervous start dropping two bogeys in exchange for a birdie on his first three holes. Thereafter, Parikh’s round took off as his gameplan of hitting 3-wood off the tee instead of driver, paid off. He sank six birdies from the fourth through the 18th which included four long conversions including a mammoth 70-footer on the 11th.

Varun said, “I just followed my gameplan from the range itself. I was a little nervous and a little shaky to begin with to be honest. My goal was not to make birdies, it was just to make pars, so after the third hole, I didn’t make a bogey. Initially the pressure got to me a little bit but after that I held myself together really well.

Earlier in the day, M S Dhoni and Kapil Dev teed off in a special fourball.

In the Pro-Am Team Event where the amateurs played alongside the professionals, the overall winners were the SRMB Team who totaled 166. The winning team comprised professionals Divyanshu Bajaj and Sukra Bahadur Rai and amateurs Ashish Beriwala, Paresh Patel and Dimple Kochchar.