While the second wave of the COVID-19 pandemic is threatening to delay the current pace of domestic economic recovery, the current level of economic activities has not suffered significantly in 2021 from the localised lockdowns. Amid this, India Inc recorded 161 deals, over twice the number of deals witnessed in April 2020 with a 50% increase in the deal values aggregating to USD 13 billion. However, the way global economies deal with new variants of the virus in the coming months is likely to pose uncertainty around deal activity with overseas investors.

The unexpected adverse impact of the second wave of the COVID-19 pandemic on the healthcare system and the domestic economy and reaction to it by the global stakeholders in the transactions ecosystem is expected to negatively impact the deal landscape in the short term. However, the short-term impact is also expected to create opportunities for more transactions going forward and will be a matter of timing. 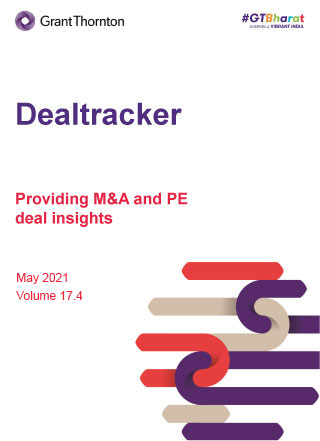