India Inc has been busy dealmaking in the first half of 2022 with 1149 deals valuing USD 104.3 billion. This represented a significant 34% increase in the overall deal volumes, while values more than doubled - recording a 143% increase in the deal values.
Contents

Commenting on the data, Shanthi Vijetha, Partner, Growth, Grant Thornton Bharat said, “Amid macro-economic stress, the overall deal sentiment for 2022 is expected to continue given the support from the government on infrastructure spending, supply-side response and key fiscal measures. These measures are expected to provide support to the economy from elevated commodity prices and cap the possibility of a second-round effect of inflation. However, corporates and more importantly PE/VCs may employ a cautiously optimistic approach as the impact of the global economic slowdown on the Indian economy becomes evident.” 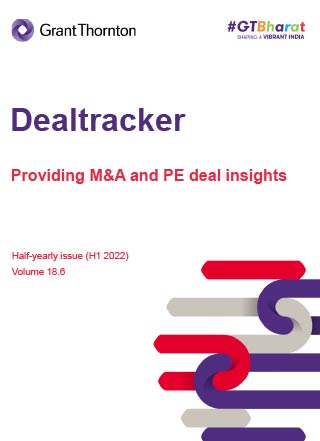